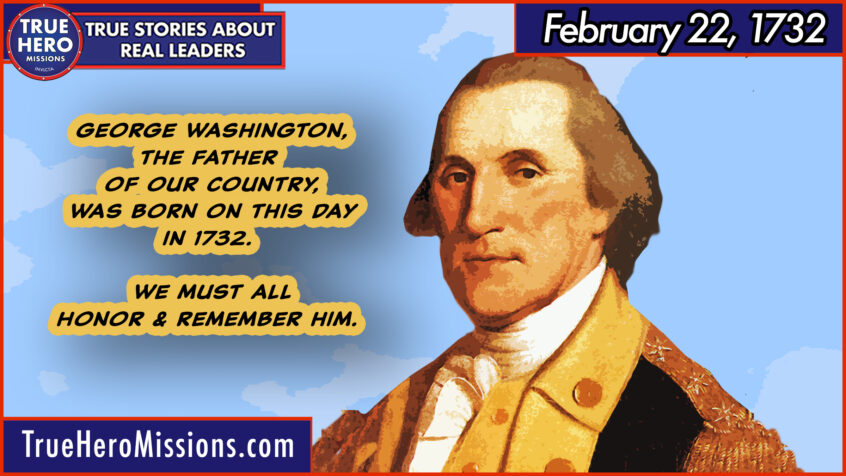 Today, is the birthday of history’s grand-daddy “G.O.A.T.”, George Washington!

Sports fans know that “G.O.A.T.” means “greatest of all time”, bestowed after an athlete wins a championship or achieves a new record.
Athletes should be celebrated, of course. Kids can learn from Tom Brady’s dedication, poise and pure grit.

But most of the people whom the media crowns as “G.O.A.T.” are ephemeral in history’s light. No one remembers Gaius Appuleius Diocles today – ancient Rome’s winningest charioteer and arguably the most financially successful athlete of all time.

History, however, will always remember George Washington as a GIANT OF WORLD HISTORY and a true leader.

Washington is a G.O.A.T. as much for what he did not do as for the things he accomplished.

He built America’s Army, led it to victory over the British, served without pay, stymied a potential mutiny against Congress, oversaw the Constitutional Convention, and was our country’s first President.

But his greatest contribution was that he gave up power.

The historical standard prior to the foundation of America’s democracy was that once you had power, you held on to it for life, whether through legal or extra-legal means. Every major historical figure did that, from the beginning of time.

But Washington ensured that America’s democracy started on the right foot, with a tradition of the President serving only two terms and then stepping back from the political stage.

Not everyone followed his example. FDR stood for four terms, Teddy Roosevelt was constantly in the political spotlight, and modern former Presidents have not been as reticent.

But those men are exceptions. When Americans honor George Washington, they also honor the idea that the apex of political power is not also a lifetime sinecure.

For a more involved appraisal of Washington, read this article or watch this video by Brown University’s historian Gordon S. Wood, who writes:

“That the chief executive of a state should willingly relinquish his office was an object lesson in republicanism at a time when the republican experiment throughout the Atlantic world was very much in doubt.”

Three other other notable historical moments:

Something that did not last…

… and something to help us keep perspective on American politics.